Contrary to popular belief, Indivisible’s cast was not planned out in advance: we were drawing the characters and writing their stories in real-time during the campaign, often posting them mere minutes after finishing them!

One of the major pre-production tasks was paring down the roster to fit in our schedule, and evaluating it as a whole for gameplay purposes. And because the characters were drawn by differents artists, we also needed to refine the designs and unify their style.

Before you worry about your favorite character, fear not: Indivisible will still have at least 25 playable Incarnations in the final game, not including guest characters. And we will repurpose any cut characters into NPCs or Inner Realm Incarnations whenever possible.

We’ll gradually reveal the refined character designs in the coming months, as well as release their full model sheets to help guide fan art and cosplay!

To kick this off, here’s an all-new playable duo, Ginseng and Honey! 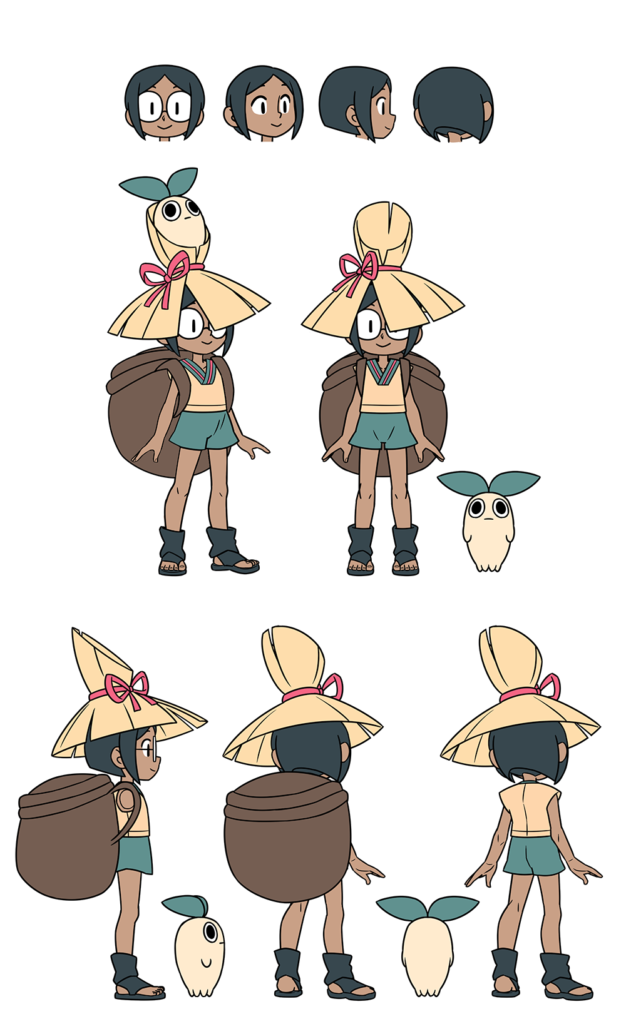 We realized we didn’t have a strong healer character in the early game, and so we created a new character to fill that role. Ginseng and Honey are the result!

Ginseng and Honey are inseparable, so much so that people don’t actually know who is who. They’re passionate herbalists, and happiest when foraging for rare herbs and making the powders, poultices and salves that fuel their healing. While they already have an unrivaled understanding of botany, Ginseng and Honey’s singular drive to learn may someday allow them to heal any wound or cure any disease.

Check out their idle animation! 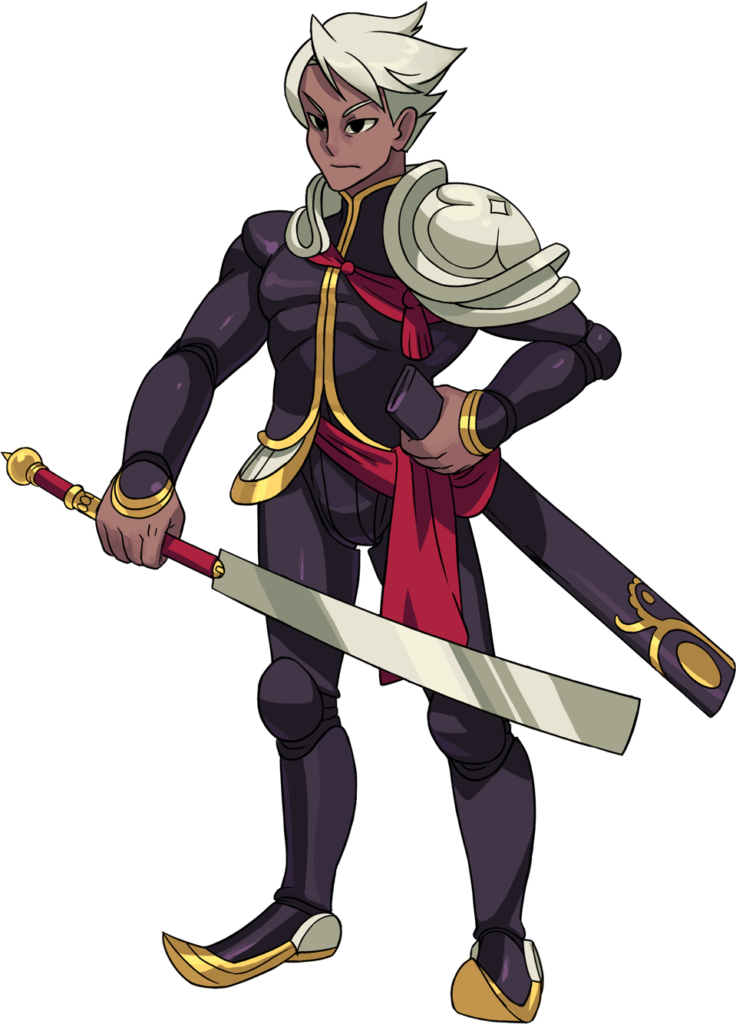 And here’s his updated model sheet: 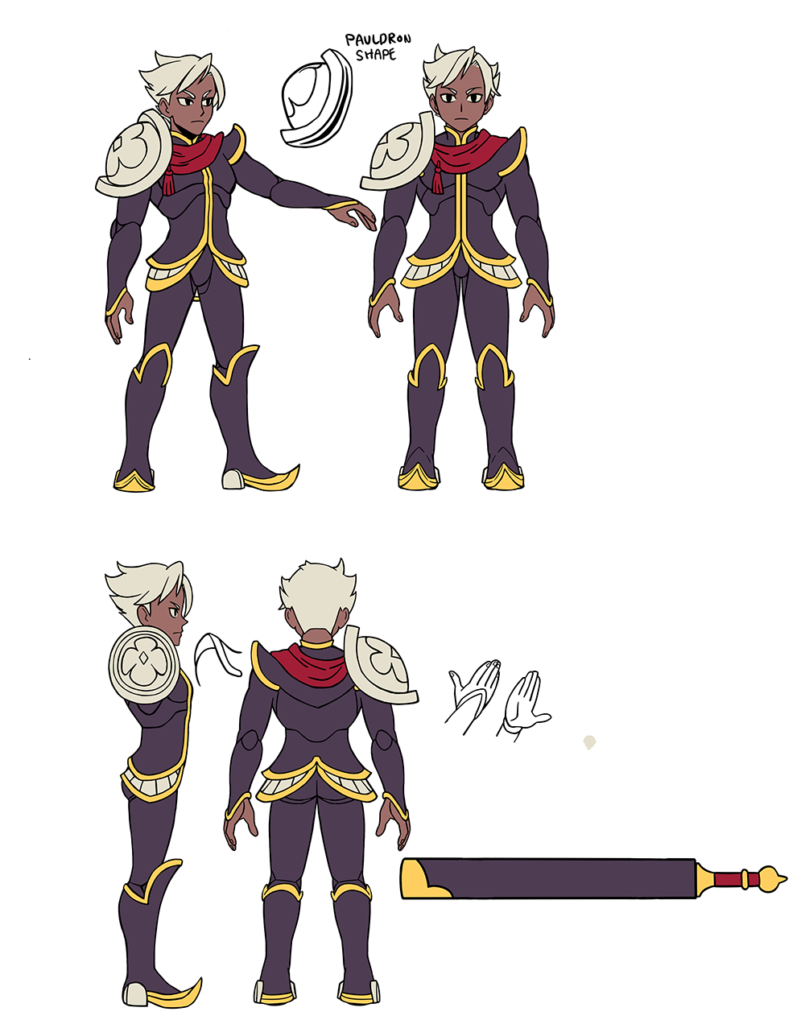 Dhar’s changes were focused on firming up his outfit and weaponry, mostly with the goal of streamlining any unnecessary detail to help with animation.

Finally, we have Qadira. For reference, here’s Qadira’s original design. 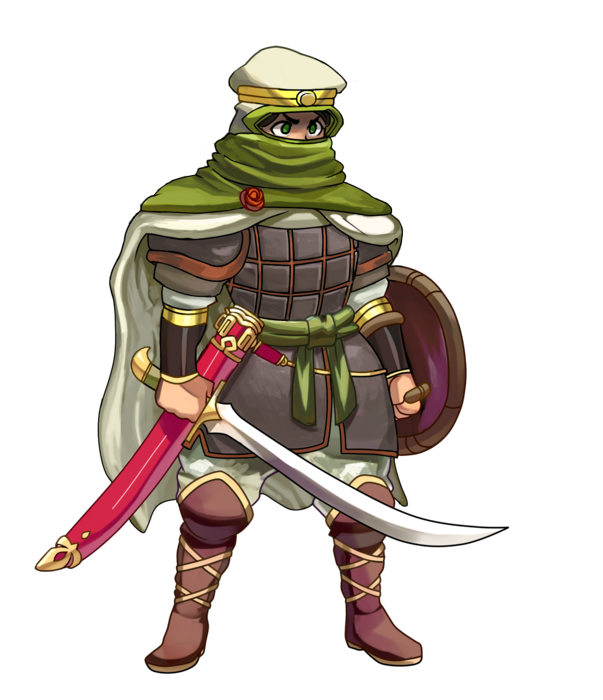 And here’s her updated model sheet:

Qadira’s changes focused on making her silhouette more distinct and reducing detail to help with animation. Qadira has a strong defensive role in battle, and so we wanted her silhouette to mimic the roundness of her shield, and the baggier clothes to make her feel stouter.

That’s it for this update! Keep an eye out for animation streams for these characters, as well as future updates on the roster and designs!

Any cookies that may not be particularly necessary for the website to function and is used specifically to collect user personal data via analytics, ads, other embedded contents are termed as non-necessary cookies. It is mandatory to procure user consent prior to running these cookies on your website.